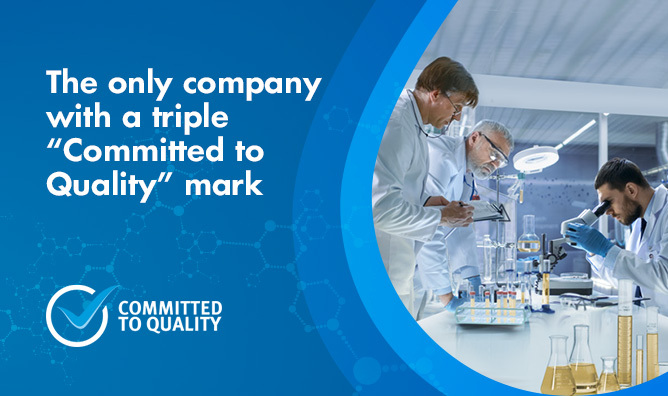 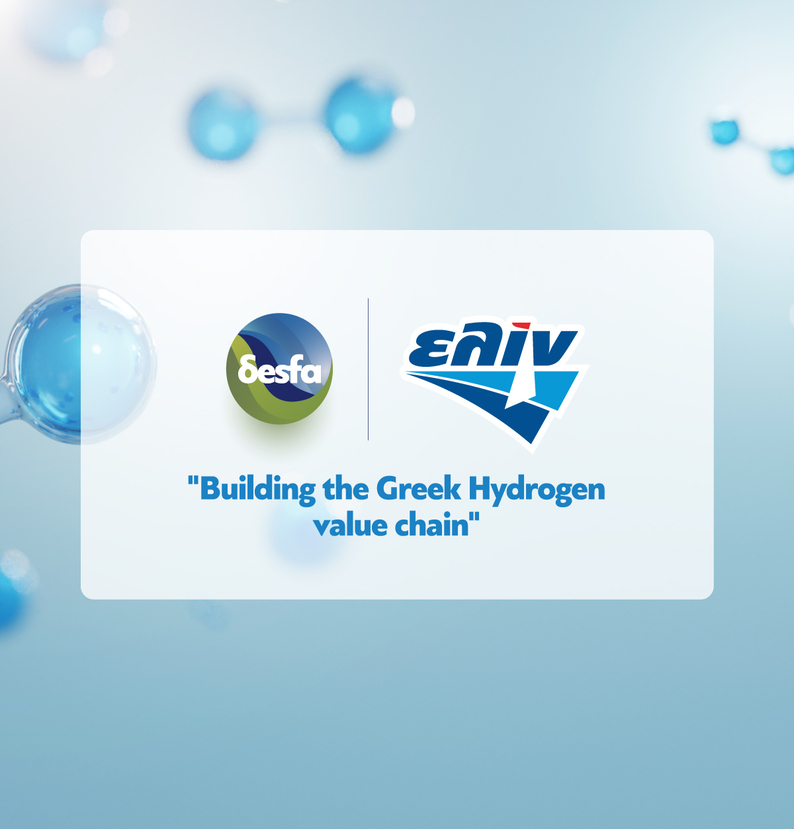 Athens, April 14, 2022 - DESFA and ELINOIL announced their intention to proceed with a Memorandum of Understanding (MoU) in the framework of the Important Project of Common European Interest for "Hydrogen" (IPCEI Hydrogen). In particular, the two companies will explore the possibilities of their cooperation in the project, as well as other relevant initiatives in the hydrogen value chain that incorporate or create synergies related to IPCEI Hydrogen, based on their mutual understanding of the importance of developing hydrogen infrastructure and the general promoting of its use in Greece and the wider region.

It is noted that DESFA recently submitted a proposal for the project EL24 - H2 Hellenic Network, which concerns the construction of a regional, open access, high-pressure network for clean hydrogen transmission, along the Greek territory. The purpose of the H2 Hellenic Network, which has been pre-selected by Greece under IPCEI Hydrogen, is to connect supply with demand throughout the country and in particular the production points that are currently located mainly in the southern part of the country - up to the Greek-Bulgarian border and the area from Thessaloniki to Kavala, where there are storage facilities, as well as some hydrogen-intensive industries. The project will be the starting point for a growing hydrogen network - both in scope and volume - that will be connected with potential partners, who either produce or consume hydrogen, in Greece and in neighboring countries, constituting the southeastern part of the European Hydrogen Backbone (EHB), the initiative of 23 European Transmission System Operators to develop a hydrogen transmission network across Europe.

For its part, ELINOIL, by supplying fuel to an extensive network of gas stations and having a leading presence in the supply of Greek industry with liquid and solid fuels and lubricants, aims to expand its business activity to the production and distribution of "green" hydrogen for road transport and industrial consumption through service stations or pipelines.

In this context, DESFA and ELINOIL are considering the elaboration of technical and feasibility studies in relation to the project, while they expressed their intention to exchange information in areas that include:

The mutual intention of the two companies to cooperate is based on the common understanding of the importance of the development of the hydrogen value chain in Greece, as this will accelerate the progression to decarbonization and will create new opportunities for economic growth and employment.

The Hellenic Gas Transmission System Operator (DESFA) S.A. is responsible for the operation, management, utilization and development of the Hellenic National Natural Gas System. Possessing extensive experience and having a highly skilled staff, DESFA is a reliable partner in the framework of the ongoing international energy projects in Southeastern Europe. DESFA shareholders are 34% the Greek State and 66% Senfluga S.A (formed by Snam, Enagás, Fluxys and Damco).

For additional information concerning DESFA you can visit the following website: www.desfa.gr

ELINOIL was established in 1954 and is today one of the most dynamic energy groups in Greece, with a nationwide network of 600 petrol stations. At the same time, for decades it has been a lead supplier of fuel and lubricant to industrial plants. It also makes significant investments in the supply of yachts in all Greek marinas, but also in the service of seafaring shipping with lubricants. It supplies many houses and buildings with heating oil, having a fleet of controlled tankers for this purpose. In recent years, ELINOIL has developed a very strong export activity, selling petroleum products on 4 continents and today is one of the largest exporters in the country. It prepares in time for the huge changes in the energy field, taking dynamic steps in the development of sales in the electricity and gas market.

More information about ELINOIL can be found on its website: www.elin.gr.

Elin is dynamically evolving its role in the new energy market

Resignation & Substitution of a BOD Member